Thank you BCH for sponsoring my HiveShopping!

I didn’t get a screenshot of it but you can go to Noise.cash and there’s probably some around! Bitcoin Cash passed the $1000 mark, which means my tip money doubled! I impulsively took a bit of the profit and went HiveShopping!

Nothing massive but some to buy a few tokens 🙂

This week the #3StepsNoExcuses ended and I’m slowly back to my normal schedule, so there’s less posts this week. I have some projects going on as well but I’ll do my best to still be creating and engaging as much as possible.

Still on the charts 😉

By the way, my little one got his Covid test negative so he will be back to kindergarten next week and I’ll be back, again, to a normal schedule, hopefully 🙂

There were still a couple of days from completing the Adventure this week plus the After-Party post sharing my results from it:

You will see with the last link post that it was a blast!

So many ideas to grab from it! Please give it a try!!

I’ll be back to the normal goals next week. Better get the screen shot of my TrafficWave as a reminder how many emails already have in automation:

This is the last one in automation. The number didn’t change but I’ve been updating some emails before the Adventure. No promises for some progress due to the work I have in hands but I will try 💪

I emailed 2 times this week actually, not too bad!

And that’s about it for today!

How were your goals this week?

Let’s talk about it in the comments below 🙂

Have an awesome week! 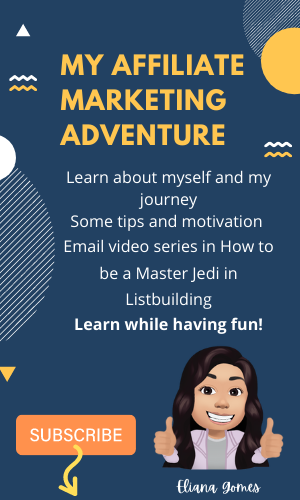